JOIN MEILYNN AND HER FRIENDS ON A GRAND ADVENTURE!

MEILYNN’S WORLD is created by Peilin Chou, who was inspired to create this program in a desire to excite her own children about learning Mandarin! Peilin has a background as a creative development executive at Walt Disney Feature Animation and Nickelodeon and brings that level of experience, expertise and professionalism to this creation.

WHY A LIVE-ACTION MEILYNN IN AN ANIMATED WORLD?

Unlike most language learning videos which feature either a live-action world or an animated one, we decided to create a hybrid of the two. Research in language learning definitively tells us that children learn language most effectively not only by hearing it, but also by reading lips. The young child has to see how to shape their lips to make that particular sound they’re hearing. We knew that type of visual cue could not come solely from animated characters. So, we created an animated world that we knew kids would love, but also gave them that all-important direct exposure to seeing how lips are shaped to make the sounds they hear in our live-action character. 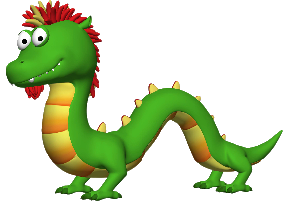 Micro the dragon is daring, passionate, easily excitable, impatient, a fast talker, and MeiLynn’s best friend. In his own mind, Micro sees himself as a creature of magnanimous proportions! In actuality he is tiny in size — but not in bravado. Even though Micro is ethnically half Chinese (aka Hapa) with generations of ancestors in China, he grew up in Wayne, New Jersey and is a full-fledged American dragon. He’s got beef with anyone who thinks otherwise!

Cha Ma Ma is a Chinese teapot with two teacup children – Hayden and Bailey. Cha Ma Ma is always trying to keep her children out of trouble, and acts as the peacemaker in the kitchen. Cha Ma Ma speaks only Mandarin.

Hayden and Bailey are 5 and 8 year old teacups. They are happy, enthusiastic, full of energy, mischievous, and very curious about everything! Their curiosity and zest for life often leads them into a bit of trouble, but Cha Ma Ma is always there to keep them in line, and save the day. Hayden and Bailey are bilingual and speak both English and Mandarin. 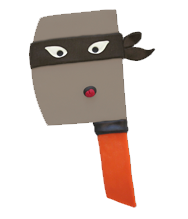 Da Dao is an enthusiastic Chinese cleaver knife who is obsessed with just one thing – cutting! Nothing makes him happier than when he is on the cutting board going to town on whatever food objects need to be chopped. He is super fast, full of energy, and highly efficient at his job. Da Dao speaks only Mandarin.