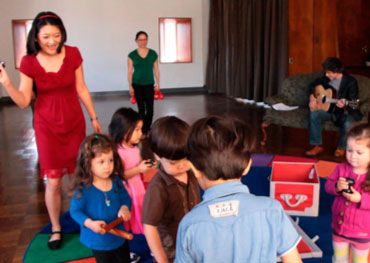 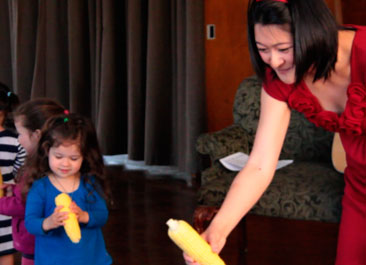 The curriculum featured in the Little Dumplings Videos represent the best and most effective teaching technique mined and learned from the school. It has been meticulously honed and finely tuned through the observation of dozens of children engaging with the curriculum over the course of many years.

In addition to founding the Little Dumplings Pre-Nursery, Peilin is also a veteran professional in Film and Television. Her career spans over 20 years and includes serving as Creative Executive at Walt Disney Feature Animation, as well as Director of Development at Nickelodeon.
She brings that level of expertise and professionalism to all of the LIttle Dumplings Videos. 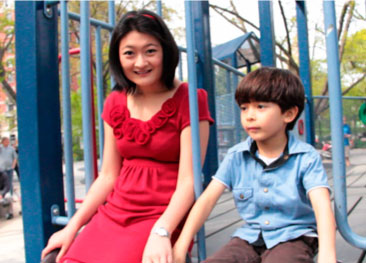 One of the specific research learnings we quickly found to be true in our hands-on experience through observing children at the Little Dumplings Pre-Nursery, was the fact that children learn language not only by hearing it, but by also reading lips. “In order to imitate you, the baby and young child has to figure out how to shape their lips to make that particular sound they’re hearing,” explains developmental psychologist David Lewkowicz of Florida Atlantic University, “It’s an incredibly complex process.”

We really took this crucial finding to heart. In MEILYNN’S WORLD, our leading character is very intentionally cast as a live-action actress so that children can really get that all-important direct exposure to seeing how lips are shaped to make the sounds they hear. For the very same reason, the LITTLE DUMPLINGS PRE-NURSERY Video features an entire section at the end where our teacher is featured singing all of the songs from the video in close-up.